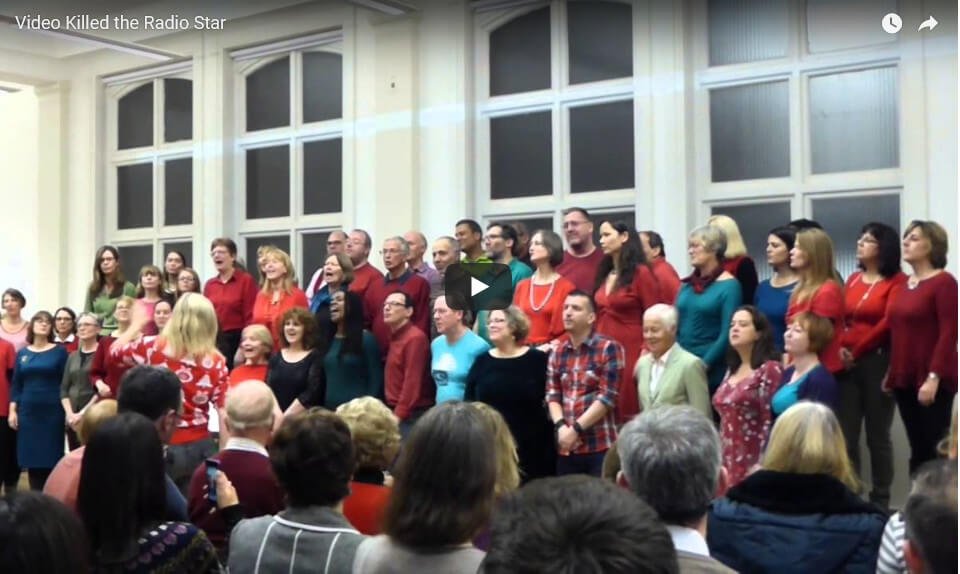 
Quite a challenging pop song from 70’s New Wave band The Buggles (though good teenager choirs seem to get it quickly) as the verses add a section every time and the intro is a real conducting juggle with each part coming in a beat after each other.  A great concert piece with some good clapping.

“I was really impressed with this most unusual version of Video Killed The Radio Star. The choir grasp all the melodic and instrumental aspects of the song, which is no mean feat. It demonstrates that there is an underlying depth of musicality which is often missed in some of the more straight forward versions. I am very honoured that the time it must have taken, and the attention to detail has shown the song in a completely different light. Well done all!”