This should really be called Rounds and Canons because we have both of those here.

By The Waters of Babylon is a true Round, because everyone sings exactly the same thing, just starting in a different place.  We always indicate this with the * sign where the next voice is meant to come in, but they are all demonstrated on the mp3 tracks anyway.  The 3 part version is the easiest and the one most people know and are taught these days.   When you have mastered this try the 4 part version (the original one by Philip Hayes written in 1776) and you will discover perhaps why it has been simplified over the years.

The original has very different and quite advanced rhythms – the first note is held longer, and the moving notes are semiquavers, not just quavers, and there is a grace note on Sion.  The word underlay is different (it actually make more sense), and there is more sense of flow due to the extra word “When” starting line 3. And you also get the extra final line 4 about the harps with its octave leaps – not simple, but well worth the effort! For the total boffins among you the original starting note was G but I think that makes the 3 part version too low and the 4 part version much too high for most choirs!

Non Nobis Domine is in my humble opinion simply one of the most ingenious nuggets of composition ever written.  The Soprano and Baritone parts (tenors can choose between bari and alto) are exactly the same though offset by an octave and 6 beats. The Alto part is a canon (exact replica) but starts a 4th lower than the Soprano line and two beats later. The best way to do this is to teach all Sopranos and Baritones together with the Altos listening. – Then once they are secure teach the Altos in their key and they will pick it up quick because they will hopefully recognise the shape of the line. Then put Sops and Altos together, then finally add the Baritones for a remarkable instant magical Tudor polyphony moment! 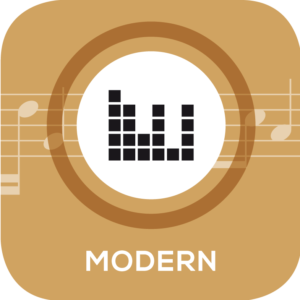